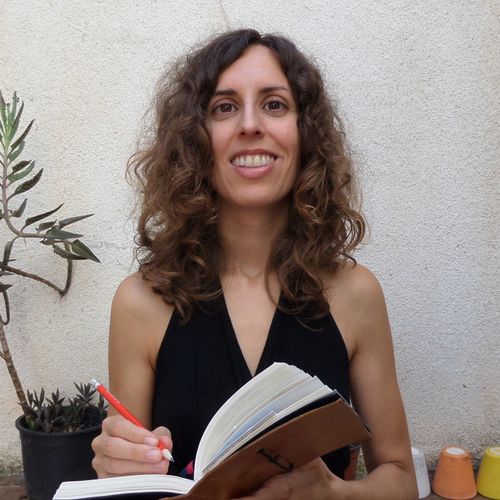 Neus Figueras was born in Barcelona and grew up in a small village among the vineyards of the Penedès region. If she wasn’t running through the streets or the open fields, she would be sitting down to read the books she borrowed from the mobile library or those she bought with a friend.

Since she was a child, she loved to write and was good at it. She won six local and regional literary contests.

Her insatiable curiosity and passion for nature took her to the University of Las Palmas de Gran Canaria to study Marine Science. There she put on her first diving mask and fell in love with the ocean. 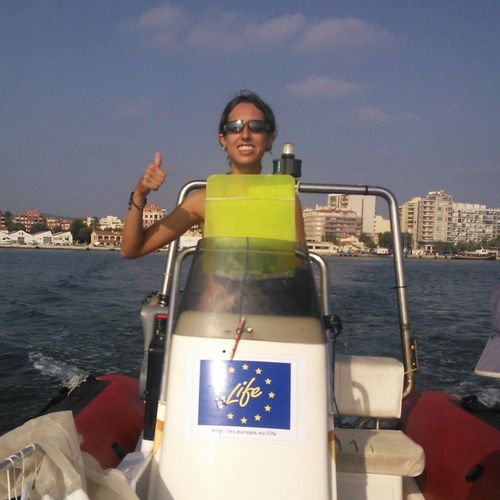 Sampling for the LIFE CUBOMED project, 2013

She finished her degree with an excellent qualification and her teachers and classmates expected her to do well academically, but Neus devoted herself to circus arts to make people smile. This job allowed her to lead a nomadic lifestyle and see different social realities that made her grow as a person.

But science called her back, and she went to the coast of the Spanish Levant to collaborate in a project on jellyfish. In the research station where she lived and worked, she further strengthened her connection with nature and it was there where she discovered that her vocation was to protect it. With this purpose in mind, she took a Master in Marine Biodiversity and Conservation, an international program between the Universities of Bremen, Ghent, and Algarve, and the Galway-Mayo Institute of Technology.

Since then she has collaborated with the University of Salento to restore marine ecosystems, worked as a marine scientist at the Institute of Marine Sciences in Barcelona and on the Research Vessel Hespérides, conducted marine ecology studies in Scotland to promote the sustainable consumption of algae, and led her own project on corals in Myanmar.

Writing always followed her, and during the years she worked at the Institute of Marine Sciences, she took advantage of Barcelona’s cultural offer to attend several creative writing courses and workshops.

She currently lives in her birth town, where she returned to, to dedicate her time in finishing her first novel Lorac.

Lorac is the product of her artistic self and her scientific knowledge.